World number one Andy Murray vows to bounce back 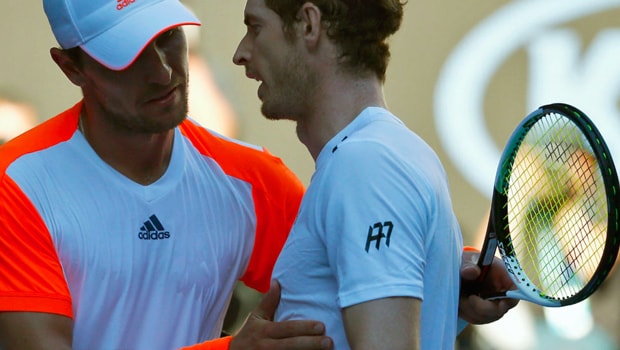 World number one Andy Murray insists he will bounce back from his shock defeat to Mischa Zverev at the Australian Open.

The Scot was expected to cruise through his fourth-round match but he was left stunned on Sunday as the world No.50 secured a 7-5 5-7 6-2 6-4 victory in three hours and 34 minutes to reach the last eight.

Zverev produced some real quality shots during his win and charged the net on 118 occasions as he broke Murray five times in the first two sets.

The German set a fast pace throughout and the world number one was never able to overcome the challenge.

He was hoping to go all the way this month after Novak Djokovic had been knocked out but Murray’s wait for a title win in Melbourne continues.

His attention will now turn to the French Open, where Murray is priced at 3.80 to go all the way at Roland Garros.

Although he was extremely disappointed, Murray insists he will respond. He told reporters: “I’ve had tough losses in my career in the past.

I’ve come back from them. This is a tough one. “I’m sure I’ll come back okay from it.

But right now I’m obviously very down because I wanted to go further in this event, and it wasn’t to be. “It just wasn’t meant to be.

He served very well when he needed to, especially when he was behind in games.

“Yeah, he deserved to win because he played great when he was down, and also in the important moments.”