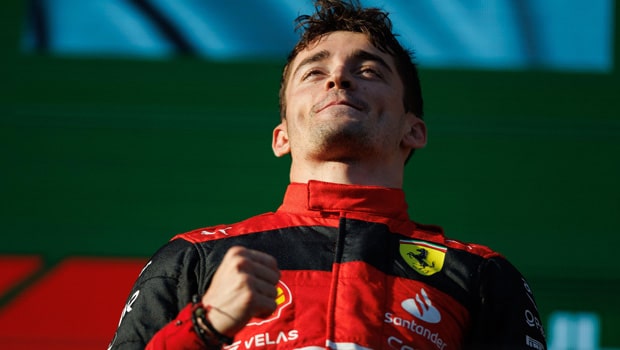 Charles Leclerc crossed the finish line first at Albert Park, Melbourne, to win the Australian Grand Prix, giving him his second win of the season and Ferrari’s third as the Italian team continues to show no sign of slowing down this season, even though Carlos Sainz, was unable to finish in today’s race.

Red Bull’s Sergio Perez finished second, a good 20 seconds after Leclerc, while George Russell completed the podium, his first for Mercedes, while teammate Lewis Hamilton came fourth. Max Verstappen had to retire due to issues with his car’s fuel system. This is the second time he would be retiring for the same issue this season.

Leclerc started the race at pole position with Verstappen and Perez behind him. But he had no problem as he held the lead for most of the race, with Verstappen struggling to take over at second place. Verstappen had to stop his car when the face had just 20 laps to go after smoke was seen pouring out of the engine. But even if he had not retire, it is unlikely that he would have won the race as Leclerc seemed unbeatable in the Ferrari.

After Verstappen’s retirement, Perez had to overtake the two Mercedes drivers, who were just behind Leclerc, allowing him to finish at second place. But Leclerc’s victory margin was so wide that Perez crossed the finish line 20 seconds after him.

McLaren gained their first points of the season as both drivers came fifth and sixth. Speaking after the race, Verstappen commented that the race was “terrible,” and he did not expect anything from it. He further said; “Today was, in general, just a bad day and not really having the pace. But we didn’t even finish the race, which is pretty frustrating and unacceptable.”

Leclerc did not only win the race, but he also won the fastest lap and led every lap of the race, and for that, he gained the maximum 26 points. Ferrari sits at the top of the constructor’s championship with 105 points, while Mercedes follows with 65 points.