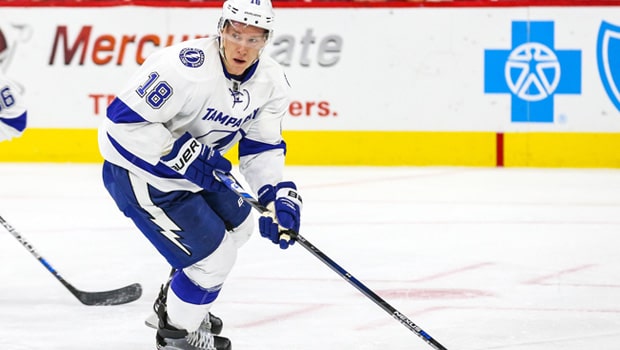 The Tampa Bay Lightning forced a Game 6 back at home in Amelie Arena with a thrilling 3-2 win on the road in Game 5 against the Colorado Avalanche. Ondrej Palat came up big for the Lightning once again with another game-winning goal.

“I do have to marvel at what’s gone on and how many times you can be kicked and get back off the mat,” Lightning coach Jon Cooper said. “It’s the injuries and the blocked shots and the gamesmanship and all those things that kind of jut needle you to go away, just like little gnats, like, ‘It’s OK if you back now now. You’ve won. You’ve done it.’ That’s why, I think, teams don’t keep repeating, because it’s easy to walk away. These guys won’t do it and it’s something to marvel at.”

Palat is now third amongst active players for most postseason game-winning goals, behind Joe Paveski and Evgeni Malkin. Palat beat Darcy Kuemper for a 3-2 Tampa lead in the third period of Game 5.

There was a watch party in Palat’s hometown in Czechia on Friday night.

“My parents just texted me there was like 80 people there,” Palat said. “It was 2:00 in the morning, so it’s nice to feel the support from back home even when the game is pretty late. It feels great.”

Lightning goalkeeper Andrei Vasilevskiy was absolutely phenomenal again, defending successfully against 35 of the 37 shots in the Tampa Bay net.

“That’s what good teams do, you find a way,” Lightning forward Corey Perry said. “Keep plugging along. This is fun. This is what hockey’s all about, different guys stepping up at different times.”

Tampa Bay has continued to rally back this entire postseason. They came back down from a 3-2 deficit against Toronto in the first round of the postseason; they were down 2-0 before coming back against the New York Rangers in the Eastern Conference Finals.

Colorado has made the Stanley Cup Finals twice in the franchise’s history, winning both times, including their inaugural season in Denver after moving from Montreal (1996).

Colorado will once again look to clinch their first title since 2001 in Game 6.