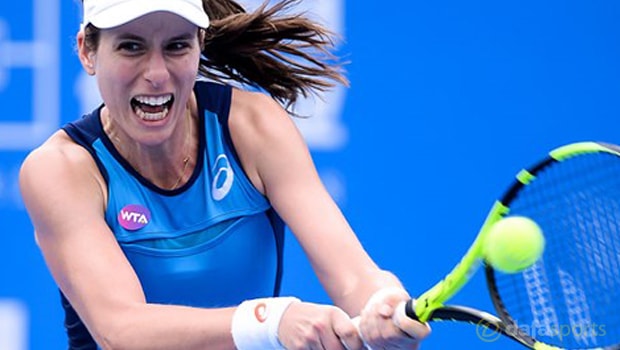 British number one Johanna Konta maintained her strong start to 2017 as she reached the semi-finals of the Shenzhen Open in China after beating Kristyna Pliskova.

The 25-year-old enjoyed a superb 2016 campaign, reaching her highest ever world ranking and she looks in the mood to continue that run so far this year.

After digging deep in the first set, Konta could not find a way through in the second and she wasted two match points before Pliskova eventually levelled the match on her fifth set point.

Konta showed her class in the decider and she kicked on after claiming the crucial break.

Speaking after her win, the Sydney-born star admitted she was delighted to overcome Pliskova due to her strong serve.

“I am very happy to have extended my stay here,” she said. “She is one of the best servers on tour so I knew I was going to have a hard time on her service games.

I was very happy I was able to get that break in the third and see it out in the end.”

A win at the Shenzhen Open will give Konta the perfect start to 2017, just days before the start of the Australian Open.

She is available at 34.00 to go all the way in Melbourne with Dafabet.