Djokovic made the stronger start as Nadal struggled to get his first serves in early on, the Spaniard coughing up two break points in the opening game that his opponent squandered.

Inevitably, Nadal pounced a few games later, breaking Djokovic to go 4-2 up before the Serb rode his forehand to a stunning recovery.

Djokovic, a four-times champion in Rome, was helped by a fortunate touch off the net cord that gave him two break points, and he converted for 5-4 in the set before holding serve again to draw level.

Djokovic still showed an appetite to fight back, forcing Nadal to three deuces in the eighth ga 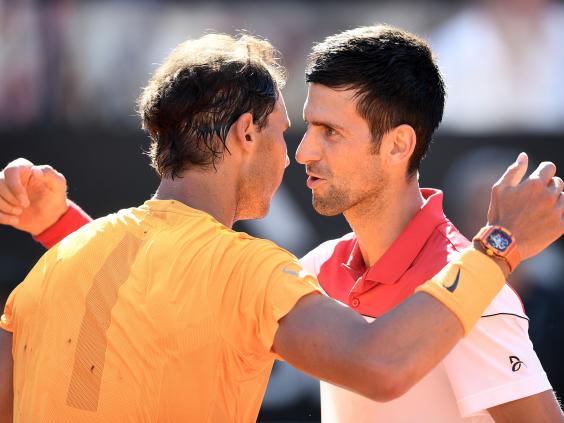 me of the second set before the Spaniard carved out a hold. That failure ended the Serb’s resistance and Nadal won in style on his opponent’s serve, striking a punishing forehand down the line to claim victory.