Novak Djokovic survives a thriller against Laslo Djere in Belgrade 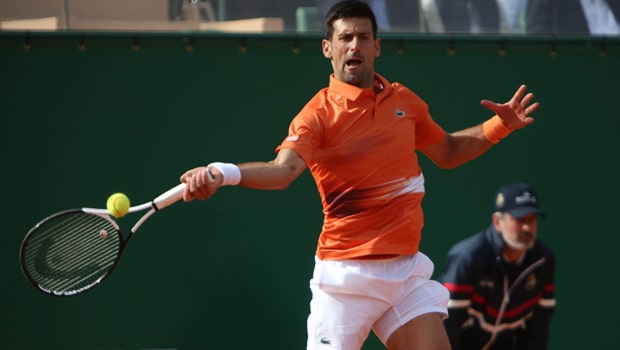 The World no.1 Novak Djokovic hasn’t had a great run in the ongoing season. Before his second-round match in Belgrade, Djokovic had a 2-2 record as he has hardly played. Once again Djokovic was under the pump against compatriot Laslo Djere.

Djokovic lost the first set by 2-6 but bounce back stronger to take the match by 2-6, 7-6(6), 7-6(4) at the Novak Tennis Center on Wednesday. The Serbian couldn’t control the game as Djere dominated and attacked from the get-go. However, Djokovic made the most of his experience to stay alive in the competition.

Speaking on the positives after his three and a half hours match, Djokovic believes he felt better from a physical point of view as compared to his loss against Alejandro Davidovich Fokina in the second round of the Rolex Monte Carlo Masters.

“I liked the way I managed to physically hold on and push through and survive a thriller of almost three-and-a-half hours,” Djokovic said post-match. “That’s the positive difference compared to Monte Carlo, where I just wasn’t able to physically sustain the third set. Today, that was different. If there are positives, I think that’s the one.”

Djokovic feels that the home crowd was amazing but he still feels butterflies in his stomach despite all the experience.

“Playing an official match in front of your crowd… you feel great support, which I had, and I’m very grateful for that. But at the same time, it’s not simple. Even after so many years of experience and playing many times in front of the home crowd, you still feel nervous.”

Djokovic admitted that the Djer played better than him throughout the game but he had the rub of the green on his side.

“I think Djere, for most of the match, was the better player,” Djokovic said. “He was the one controlling the game. He was the one attacking. I didn’t feel great again in terms of my game. I had a very bad match with my serve, kind of ups and downs really.”

Djokovic will face another Serbian player Miomir Kecmanović in the third round of the tournament.