The Ashes: Warne wades in on Australia selections 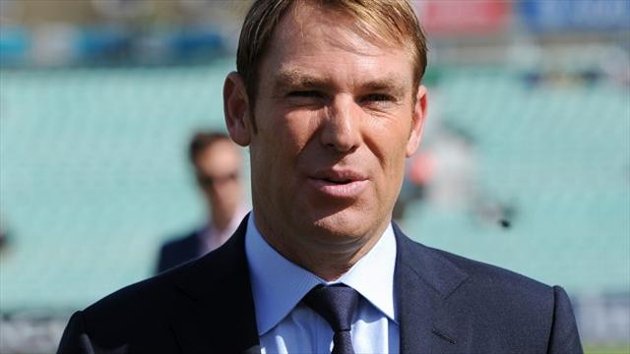 Never one to shy away from offering an opinion, Shane Warne has claimed the selectors do not know the best Australia team to take on England in the upcoming Ashes series.

The curse of past players sticking their oars in is a well-trodden path and often fraught with danger, but the 43-year-old is unquestionably well-placed to suggest those charged with the task of picking a team to topple England have shot themselves in the foot by bringing in so many opening batsmen.

The likes of Shane Watson, David Warner, Ed Cowan, Chris Rogers and Phillip Hughes are in the 16-man touring party as Australia attempt to secure their first Test series win on English soil since 2001, but Warne feels this has left the side looking a shade lop-sided.

Warne’s warning could not have come at a worse time off the back of a humiliating 243-run defeat by India in a Champions League trophy warm-up game. The defending champions, without Michael Clarke, were skittled out for just 65 runs.

Whether his voice carries any weight is open to debate but Warne certainly feels Australia have missed a trick ahead of a tough series against outright favourites England.

The iconic spinner, who was on the winning side in seven Ashes series and took 708 wickets in his Test career, added: “I’ve been frustrated with the selections for the past 12 to 18 months.