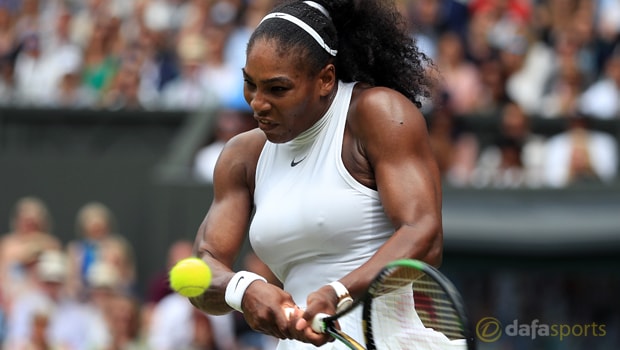 Serena Williams declared herself pleased after she made a winning start on her return to competitive tennis following a near four-month layoff.

The 22-time Grand Slam champion took an extended break following her semi-final loss at the US Open in September in order to allow her body time to heal after problems with her shoulder and knee.

Williams, now 35, defeated France’s Pauline Parmentier 6-3 6-4 at the ASB Classic in Auckland as she began preparations for the opening Grand Slam of 2017 in Melbourne later this month.

She took one hour and 14 minutes to beat the world number 69 and while she served eight aces, including one to close out the win, there were also four double-faults in the swirling wind.

The American felt it was a satisfactory return to the court, given the playing conditions. “You always feel rusty for your first match,” she said.

“But mentally I knew how to get it back and get in there. “It was so windy out there.

You really have to be ready to move your feet, so I went to what my coach told me and I was like ‘you know how to play in the wind, you’ve done it many times before’ so I just tried to adjust to it.”

Ranked second in the world, Williams will next face compatriot Madison Brengle, the world number 74, in her next match in Auckland.

Williams is a six-time winner of the Australian Open, her most recent success coming in 2015. She is 2.88 to take the title in Melbourne this year.