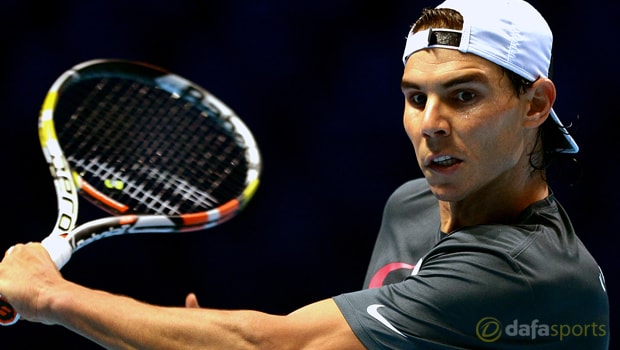 Rafael Nadal says he is looking forward to the Australian Open and is confident of making a serious challenge for glory when the first Grand Slam of the season gets underway next week.

Nadal is without any doubt one of the greatest players to have graced the game but his career has been blighted over the past couple of years because of injury.

The Spaniard was troubled with a long-standing wrist injury last season and he was forced to cut the 2016 campaign short in order to fully recover from an operation he underwent.

Many doubt whether the 30-year-old will ever get back to the form that saw him ranked number one in the world and arguably the most feared player on the tour.

World number one Andy Murray and Serbian Novak Djokovic are the two main men in the sport at the moment and many believe those two will be contesting the final at Melbourne Park this month.

However, 14-time Grand Slam winner Nadal is not giving up that easily and he admits he has real optimism going into the tournament Down Under.

“I feel that Melbourne is an opportunity to play well again and to have positive feelings and then anything can happen if I start to feel good and competitive,” he said.

“I love playing in Melbourne. It’s an unbelievable event. I’m very excited to come back. Last year was a tough year and I just hope to change things this year and play better again.”

Nadal is priced at 13.00, alongside Swiss Stanislas Wawrinka, to win the first Slam of the season while Canada’s number one Milos Raonic is a 17.00 chance.

Defending champion Djokovic and two-time Wimbledon champion Murray are the joint-favourites at 2.50.