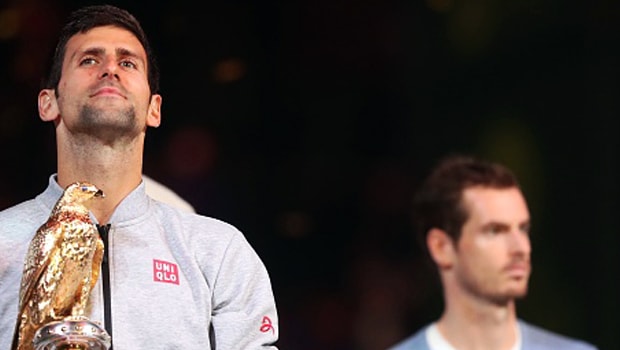 Novak Djokovic admits beating Andy Murray in Saturday’s final of the Qatar Open marks a “dream start” to his year.

The Serb claimed a 6-3 5-7 6-4 victory over the Scot to successfully defend his title and get one over on his great rival early in the campaign.

Despite winning both the Australian and French Opens, 2016 was seen as a disappointment for Djokovic after his form dropped off in the summer and he eventually lost his number one ranking to Murray.

The 29-year-old freely admitted he lost motivation after finally completing the career Grand Slam at Roland Garros but has suggested during the off-season that he has rediscovered his passion for the game.

Saturday’s triumph will only boost his confidence and may give him an early psychological edge over Murray heading into the upcoming Australian Open.

Djokovic admits the clash at the Khalifa International Tennis and Squash Complex pushed him to his limits and believes beating his rival so early in 2017 could prove perfect for his momentum.

He told Eurosport: “Definitely one of the best ways to start a year. When he turned it around, wow, I thought I hope this is not payback time for yesterday.

“All the way, to the last shot, you never know with Andy. It’s no strange occurrence for both of us to play three sets for three hours.

It’s a very physical battle. We’re both going to need a little time to recover. “To win here, against the biggest rival, is a dream start.”

Djokovic and Murray are currently the joint 2.50 favourites for success in Melbourne, with Stan Wawrinka and Rafa Nadal next in the betting, with both at 13.00.