CELTIC defender Erik Sviathchenko says he’s ‘hoping and praying’ for a positive scan result after being forced off through injury during Wednesday’s win over Rosenborg.

The Denmark international was substitued after 25 minutes of the 1-0 Champions League qualifying victory in Trondheim, having struggled with the groin problem that had ruled him out of the first leg at Celtic Park.

Sviatchenko wrote on Twitter on Thursday that he is hoping the result of his scan will be positive, adding that he is ‘proud of the boys and the team’ for securing a result that booked the Hoops a play-off spot 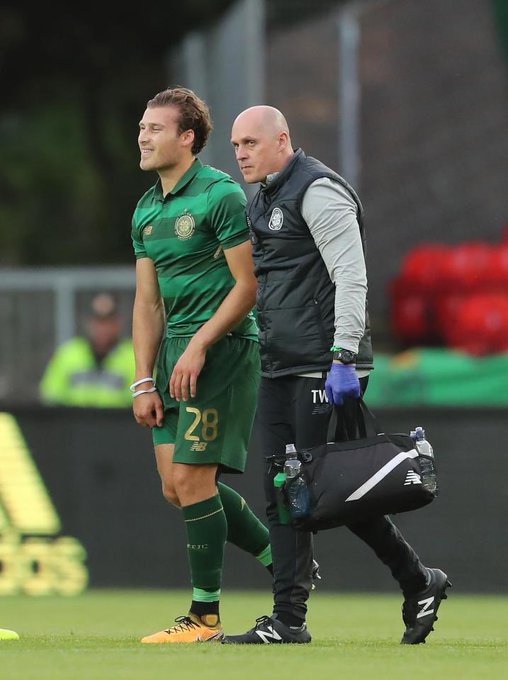 Brendan Rodgers’ side will discover their next opponents during Friday’s draw in Nyon, with either Astana, Hapoel Be’er Sheva, Qarabag, Slavia Prague or Rijeka awaiting.