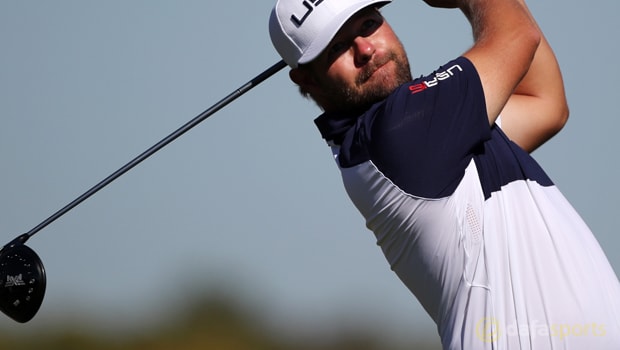 Justin Thomas and Ryan Moore hold a share of the lead at the halfway stage of the SBS Tournament of Champions in Hawaii.

The American duo are tied at the top of the leaderboard on 12-under par after they both produced scores of 67 during Friday’s second round.

World number 22 Thomas, who qualified for the event after he successfully defended his CIMB Classic title in Malaysia in October, carded seven birdies and just one bogey during his round and his form is in stark contrast to last season’s event when he finished 19 shots off the lead.

The 23-year-old, who is priced at 5.25 to claim overall glory, has put his improved showing at this year’s event down to the effort he put in ahead of the tournament.

“I just prepared, actually, this year,” he said with a laugh. “I obviously practiced and prepared last year, but I just didn’t as much as I should have.”

Moore also produced seven birdies and one dropped shot during his round as he looks to secure his first PGA Tour success since his victory at the John Deere Classic in August.

Overnight leader Jimmy Walker is a shot off the pace after carding a round of 70 on day two and is joined on 11-under by Patrick Reed.

World number one Jason Day is five shots off the lead on seven-under while defending champion Jordan Spieth has his work cut out if he is to retain his title as he is two shots further back.