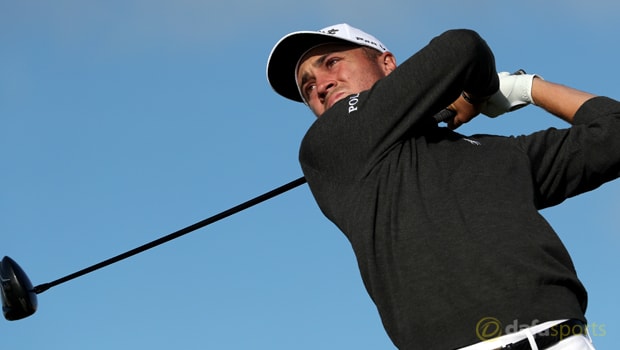 Justin Thomas says his thoughts are already turning towards the Sony Open after he picked up a third PGA Tour title at the SBS Tournament of Champions in Kapalua on Sunday.

Thomas, whose two previous victories both came at the CIMB Classic, went into the final round with a two-shot lead after carding three consecutive six-under-par 67’s.

It appeared to be going to plan for the American on the front-nine with three birdies helping to maintain his position at the top of the leaderboard.

A bogey at the 10th slightly halted his progress but two more gains at the 11th and 13th left the 23-year-old in good shape going into the final few holes of the tournament.

However, the Kentucky-born star made a double-bogey at the 15th and this momentarily allowed Japan’s Hideki Matsuyama to move to within one stroke of the leader.

Thomas of previous years may have buckled under the pressure but he regained his composure to make back-to-back birdies to finish, carding a four-under-par to finish on -22 – three shots clear of Matsuyama.

It was a brilliant victory but the American is not going to enjoy the win for too long as he admits the focus is already on the upcoming Sony Open.

“I still have plenty of other goals that I would like to achieve and stuff that’s over the long-term, the course of the year,” Thomas said.

“I’m going to have to regroup and focus on next week, because next week is a course that I really like and I feel like another good opportunity for me to be in the hunt and have a chance to win.”

Two-time major winner Jordan Spieth carded a superb eight-under-par 65 to finish in a three-way tie for third on -16, alongside compatriots Ryan Moore and Pat Perez.