Byeong-Hun An on course for glory in Scottsdale 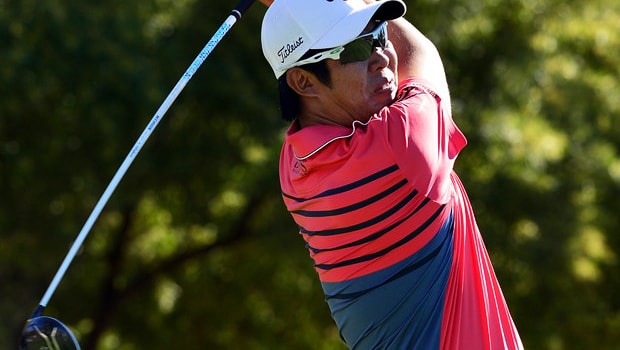 Byeong-Hun An will take a one-shot lead into the final round of the Waste Management Phoenix Open as he aims to secure his first PGA Tour title.

The South Korean, who began the day level at the top of the leaderboard with Brendan Steele, recorded a bogey-free score of 65 to move onto 16-under-par for the tournament.

The 25-year-old has only recorded one bogey all week, and that came when he three putted the par three seventh hole on Friday, and he is hoping to produce another bogey-free round on Sunday, as he aims to secure his maiden triumph in America.

“My goal will be bogey-free again and just play smart,” he said. “Hopefully, tomorrow, just keep the same [form], and then I will be happy.”

An’s nearest challenger is Scot Martin Laird, who matched the leaders round of 65 on Saturday to move onto 15-under for the tournament.

The 34-year-old, who recorded four birdies in a row between holes 3-6, admitted after his round that he feels comfortable on the greens at TPC Scottsdale.

“I feel really comfortable on these greens,” said Laird. “They are kind of tricky if you don’t play the Valley effect on them.”

Four players are in a tie for third position on 12-under, including reigning champion Hideki Matsuyama, but it is An who remains the man to beat, and the South Korean is priced at 2.88 to emerge triumphant come the end of Sunday’s final round.