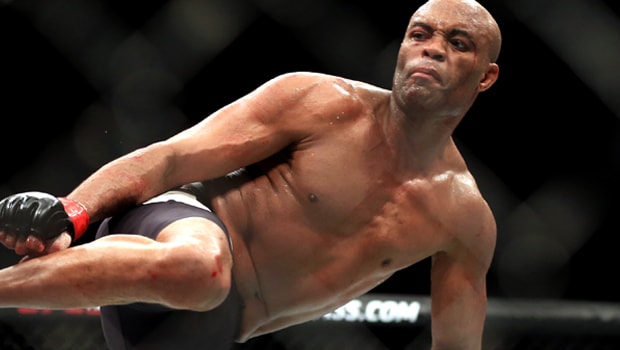 Anderson Silva has revealed his desire to take on lightweight champion Conor McGregor despite currently fighting two divisions
above the Irish man.

The Brazilian made his UFC debut in 2006 as he defeated Chris Leben via knockout in Las Vegas to announce himself on the big stage.

The 41-year-old has gone on to establish himself as one of the greatest mixed martial artists, with countless impressive displays.

Silva holds the longest title streak in the UFC after keeping the middleweight belt for 2,457 days and picking up 16 consecutive wins, 10 of them title defences.

However, the Brazilian ju-jitsu specialist has found life hard over the last few years after suffering four defeats on the bounce.

Silva’s last taste of victory came in 2012 against Stephan Bonnar but that has not stopped him from dreaming of a match against McGregor.

The Irishman currently holds the lightweight belt and is the first two-division champion in the sport, having held the featherweight title.

He is regarded by many as the greatest to have stepped into the octagon but Silva is eager to go toe-to-toe with him.

Silva feels McGregor deserves to be credited with changing the sport and feels he is the perfect opponent to challenge his skills.

I think it’s a great challenge for my martial arts techniques. And I don’t talk to disrespect Conor, I do it for the challenge, for myself and for the best stand-up fighting. I think this is the great fight.”