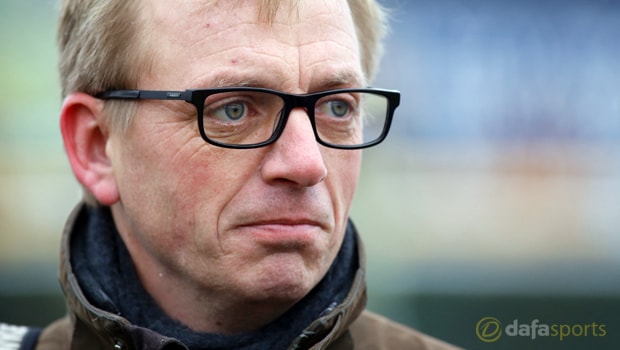 Trainer Warren Greatrex has confirmed he plans to give One Track Mind one more run before he attempts to defend his Stayers’ Hurdle title at the Punchestown Festival.

The seven-year-old won the race in April 2016 before connections tried him over fences for the first time.

However, he finished fifth at Newbury before improving to come third at Catterick before Christmas.

Having failed to produce as a chaser, connections then considered a run in the Stayers’ Hurdle at the Cheltenham Festival due to the smaller obstacles.

One Track Mind then suffered a small setback so the bay gelding will now return a month later as he tries to defend his crown.

Greatrex said: “One Track Mind is not going to make Cheltenham. He has got a little nick on a joint which he is just taking a bit longer to get over, but he has been sound the whole way through and he looks a picture.

We have just run out of time for Cheltenham. “We’ve only been able to do steady work with him and for those big races you want them in tip-top form, you can’t go into them half-hearted.

“The idea is now to go back to Punchestown and that will be his main aim for the rest of the season.

I would like to find a prep race somewhere first, but I don’t know where that would be – if we have to go straight to Punchestown, we will.”