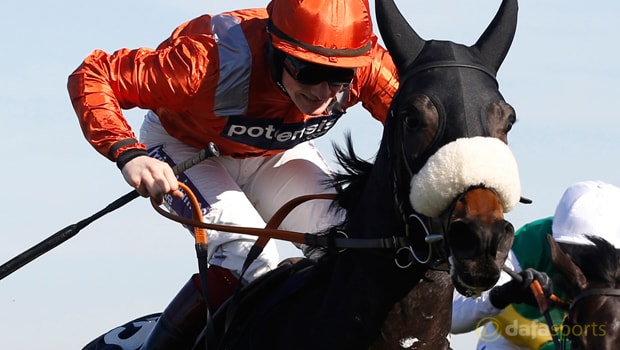 The ultimate target for As de Mee is the Topham Chase at Aintree but connections are preparing for a run out in the RSA Chase at the Cheltenham Festival first.

The seven-year-old is co-owned by Oscar-winning actress Dame Judi Dench and fellow owner Andy Stewart is hopeful she will be able to attend Cheltenham this year.

As de Mee, trained by Paul Nicholls, won the Grand Sefton over the Grand National fences and Stewart has revealed jockey Ruby Walsh wanted to know whether there were any plans to contest the Grand National itself, but he says the Topham Chase is the target.

The RSA Chase is likely to be his last outing before Aintree and As de Mee can be backed at 51.00 ahead of the Cheltenham Festival, while Alpha Des Obeaux is rated at 11.00 and A Genie In Abottle is 26.00.

“Ruby was on the phone straight after he won the Grand Sefton looking to ride him in the National!” said Stewart, as reported by Sporting Life.

“I told him he didn’t work for Paul Nicholls any more and Willie Mullins would have a ride for him. “Anyway, he won’t be going for the National this year, it will be the Topham.

“He’s going to go for the RSA first and Dame Judi is looking to change her filming dates so she can attend.

“That day I thought she’d gone home as I hadn’t seen her for so long and it turned out she’d been signing 600 autographs.

“She’s an amazing woman, she’s 82 yet she’s currently filming a new version of Midnight On The Orient Express.”

The Last Samuri is the current 17.00 favourite ahead of the Grand National 2017 and Blacklion can be backed at 26.00.