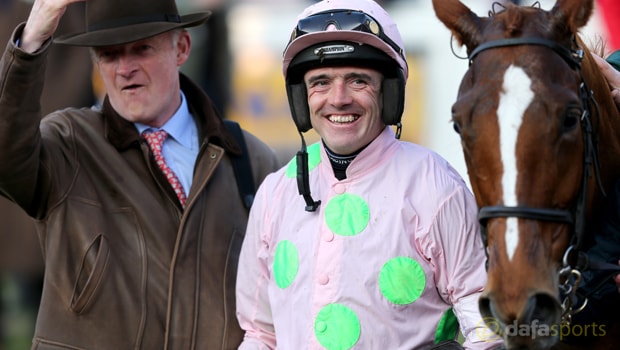 Owner Rich Ricci says Limini is looking good once again as she prepares to run at the 2017 Cheltenham Festival next month.

The six-year-old was in fine form last year at Prestbury Park as she won the inaugural Trull House Stud Mares’ Novices Hurdle.

After her success she then finished third behind Buveur d’Air in a Grade One contest at Aintree.

Limini then finished second to Whiteout in another Grade One clash at Punchestown but Willie Mullins’ stable star has not been in action since.

She is expected to return this week at Gowran Park and Ricci insists she has been looking good in training.

He said: “Limini was a big talking horse this time last year and justified that reputation with a win at Cheltenham.

She has taken a while to come to hand this season, not dissimilar to last year, but is right back to herself now and seems a lot stronger than last year.

“She seemed to get a bit weak as the season went on last year and we were initially disappointed with her defeat at Aintree.

But with the benefit of hindsight it was Buveur D’Air and Petit Mouchoir that finished in front of her that day so there’s quite a bit of delayed solace in that form!

“She seems to have grown up over the summer and autumn in the same way Lets’ Dance has, so it’s going to be great to see her back on the track.”