Many Clouds was the ‘horse of a lifetime’ 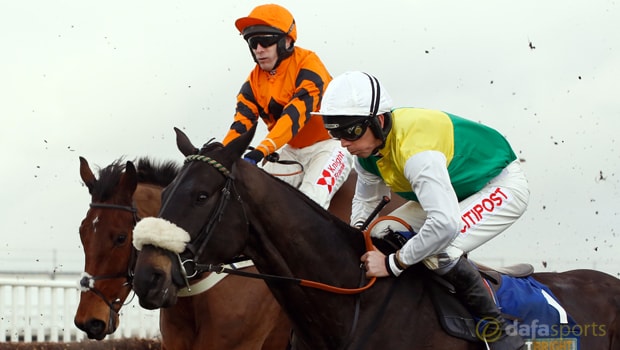 Trainer Oliver Sherwood labelled 2015 Grand National winner Many Clouds the ‘horse of a lifetime’ after he tragically lost his life following a win at Cheltenham on Saturday.

Many Clouds
collapsed shortly after passing the winning post as he successfully defended his crown in the Cotswold Chase.

He had just become the first chaser to defeat King George VI winner and Gold Cup favourite Thistlecrack having outstayed Colin Tizzard’s charge in what was an enduring battle up the Cheltenham hill.

Despite receiving immediate attention from the vets on course, it was confirmed very quickly that Many Clouds had passed away, aged ten.

The 2015 Aintree hero was being geared for another tilt at the Grand National in April having undergone a wind operation last summer.

His Cheltenham win meant he’d won two from two since his operation. Sherwood admitted afterwards he had been lucky to train such a talented animal.

“I always said he’d die for you, and he has today, doing what he loved most,” said Sherwood.

“I’ve trained for 32 years now and horses like that don’t come along very often.”

The trainer was touched by the response of racegoers at Prestbury Park and said it would a fitting tribute should Thistlecrack come back and win the Gold Cup in March.

“One thing I want now is for Thistlecrack to win the Gold Cup,” he added. “The public get to know the horses, especially horses that try for you, they appreciated what he had done and he captured your imagination, really.

“It was quite spine-chilling when it was announced, there was a huge clap and that nearly finished me off.” Thistlecrack is 2.75 to win the Cheltenham Gold Cup.