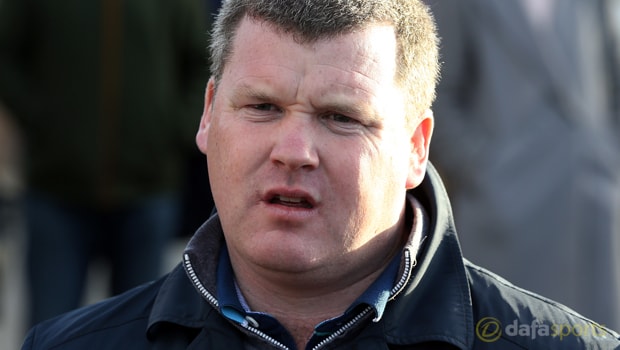 Trainer Gordon Elliott wants to see plenty of rain at Leopardstown ahead of the Irish Gold Cup on February 12 because he believes that will give Don Poli the best chance of winning.

The eight-year-old only joined Elliott’s team ahead of the new season after being previously trained by Willie Mullins, but he has made a reasonable start to life at his new home, finishing second behind stablemate Outlander in the Lexus Chase over the festive period.

The Gigginstown House Stud now looks set to return to Leopardstown for the Irish Gold Cup and Elliott is hoping for plenty of rain to give the bay gelding the best possible chance of winning the prestigious Grade One race.

“Don Poli will come back for the Irish Gold Cup. The more rain that comes, the better for him,” Elliott said.

Don Poli is also in line to race in the Cheltenham Gold Cup on March 17 and he will be hoping to improve on the third-place showing he achieved at Prestbury Park in 2016.

Elliott is certainly pleased with the horse’s progress ahead of the trips to Leopardstown and Chelteham.

The trainer added: “I couldn’t be happier with him. He was hunting on Thursday and was winging ditches, so he is grand.”

Don Poli is priced at 26.00 to claim overall glory in the Cheltenham Gold Cup, and if the horse were to achieve a victory, then he would hand Elliott his second successive triumph in the race, following on from Don Cossack’s success in 2016.