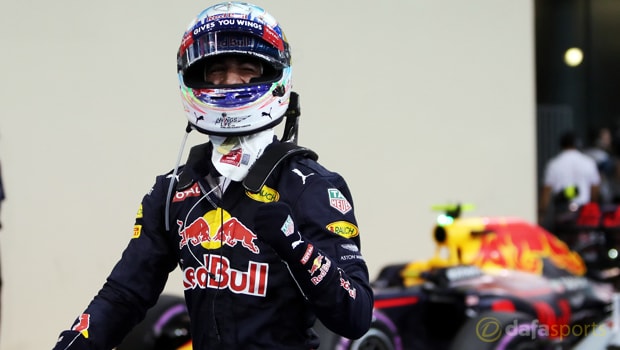 Daniel Ricciardo has been tipped to challenge for world championship glory during 2017 by the man he replaced at Red Bull, Mark Webber.

Ricciardo enjoyed an impressive 2016 campaign as he claimed third-place in the Drivers’ Championship standings, finishing behind Mercedes duo Lewis Hamilton and Nico Rosberg.

It is the second time in his career that the Australian has finished third in the overall standings, as he also achieved the feat in 2014.

The 27-year-old claimed one race victory and six further podium finishes during the 2016 campaign, and he has now been tipped to mount a serious challenge for world glory by his compatriot Webber.

“Daniel was probably the most consistent driver in the field [in 2016] and he’s absolutely world class, in that top three drivers,” Webber explained to Australian newspaper The Age.

“He’s in a position to go again and certainly vie for the championship if Red Bull can get the car together.”

Webber believes Ricciardo’s title chances have been enhanced considerably following the shock retirement of reigning champion Rosberg at the end of last season as he believes Mercedes will find it hard to replace the German in the short-term.

He added: “Nico is virtually impossible to replace in the short term at Mercedes.”

Ricciardo is priced at 4.75 to claim his maiden world championship crown during 2017, while Red Bull are available at 2.50 to secure Constructors’ Championship glory.