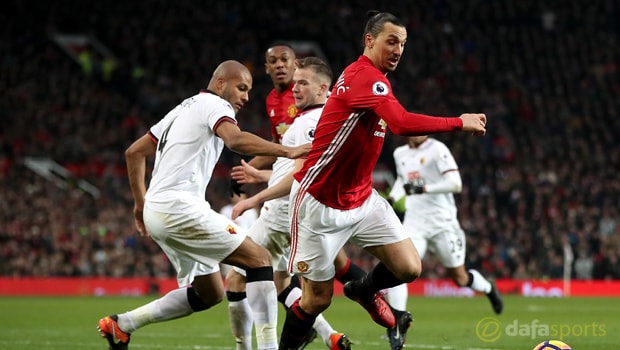 Veteran striker Zlatan Ibrahimovic says he has fulfilled the criteria to extend his stay with Manchester United but insists nothing has been agreed.

The 35-year-old joined on a free deal from Paris Saint-Germain last summer after putting pen-to-paper on a one-year deal.

The former Sweden international has settled immediately into life in English football with 20 goals to his name in 34 appearances in all competitions.

Jose Mourinho hinted last week that he expects Ibrahimovic to be part of the set up with Manchester United, who are priced at 5.00 to win the FA Cup, for the 2017-18 campaign.

Ibrahimovic insists he has the option to extend his stay for another year after fulfilling the criteria in his current deal but claims they have not started talks.

“The option is already fulfilled. But there’s nothing done yet. From my side, we’ll wait and see. Let’s see what happens,” Ibrahimovic said.

The former Barcelona, AC Milan and PSG man has already lifted the Community Shield this term and feels they can claim at least one more piece of silverware.

United are set to face Southampton in the EFL Cup final, while they remain in the Europa League and FA Cup. He added: “We have one and we can get our second one.

“We are still in the Europa League and FA Cup, so if we don’t become champions in the Premier League at least we can try and win two or three trophies.”