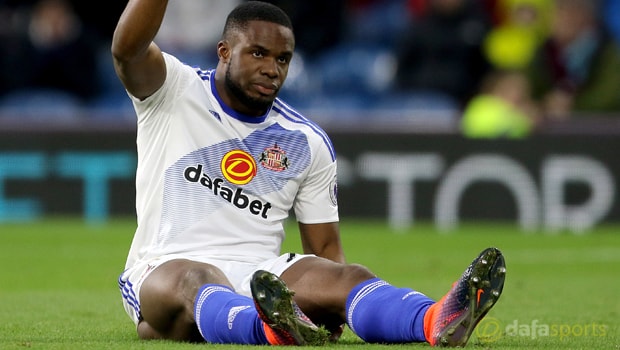 Sunderland could be without striker Victor Anichebe until March due to a knee injury.

The forward sustained the problem in the 2-0 defeat to West Brom last time out after coming on as a substitute.

Anichebe was able to remain on the pitch but there are fears the 28-year-old could face a spell on the sidelines although Sunderland are still awaiting the results of a scan.

On-loan defender Jason Denayer also sustained a minor injury against Albion, but is not expected to miss the visit of Spurs next Tuesday.

The Black Cats will definitely be without Wahbi Khazri for their next Premier League fixture after Tunisia progressed beyond the group stage at the African Cup of Nations with a 4-2 win over Zimbabwe on Monday.

Tunisia are 8.00 to win the African Cup of Nations outright.

Sunderland will find out on Tuesday if defender Lamine Kone will be available for the clash with in-form Tottenham.

Kone is a member of the Ivory Coast squad and they must beat Morocco to progress from Group C after draws against DR Congo and Togo in their opening two games.

However, Didier Ndong will now travel back to Wearside after host nation Gabon fell at the first hurdle and could be involved against Spurs.