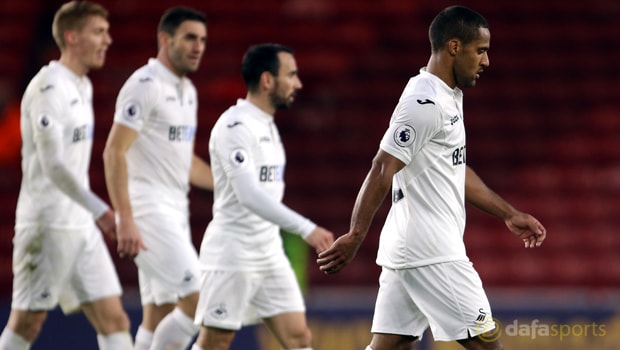 Swansea have rewarded winger Wayne Routledge with a two-and-a-half-year contract with the option of a further year depending on the number of appearances he makes.

The 32-year-old joined the Welsh outfit in 2011 from Queens Park Rangers ahead of the club’s first campaign in the Premier League.

The winger has netted 20 goals in his 204 appearances for the Swans and new boss Paul Clement is keen to see the association continue.

Routledge admitted that the deal, which will run until 2019, was easy to agree to despite recently being linked with an exit.

“There was recent interest from other clubs, but for me there wasn’t really a decision to be made about my future here,” Routledge said.

“The club wanted me to stay here and I wanted to commit myself further. It was a no-brainer.

“For someone who has been at a lot of clubs and has moved around a lot, it’s a nice feeling to have finally settled.”

Clement is keen to ensure he keeps his experienced stars at the Liberty Stadium as they fight for their lives in the English top-flight.

Swansea, who are priced at 2.00 to be relegated, currently sit 17th in the Premier League after climbing outside of the bottom three following Saturday’s shock 3-2 victory over Liverpool at Anfield.

Former Newcastle man Routledge has represented nine different clubs and insists he is happy with Swansea and is certainly not looking to find a tenth employer.

He added: “I’ve been here since our first season in the Premier League and I’m personally very proud of what we have achieved so far. It’s panned out so well.

“My daughter was born here, my family is set up here – we love it here. “To have settled here, start a family and be happy in Swansea – that takes the weight off my mind when I’m on and off the pitch.

“The new contract could take me to nearly 10 years at this club. It’s been a really enjoyable time of my career and life, but hopefully there are more good times ahead.”