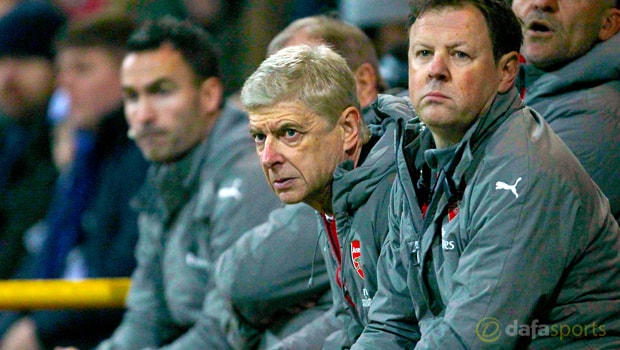 FA Cup giantkillers Sutton United have been handed a home tie against Premier League side Arsenal in the fifth round.

Sutton caused the shock of round four when they defeated Championship high-flyers Leeds United on their artificial pitch at Gander Green Lane.

The non-league outfit would have been hoping for a plum draw in the last 16 and they were rewarded when Arsene Wenger side were paired with them.

The Gunners have been FA Cup winners twice in the previous three seasons.

With a capacity of just over 5,000 including less than 1,000 seats, it remains to be seen if the match venue will be changed, as Sutton could seek to maximise their earning potential.

The other remaining non-league team, Lincoln City, will travel to Burnley after seeing off Championship sides Ipswich and Brighton to get to the last 16.

FA Cup holders Manchester United have been handed a trip to north-west neighbours Blackburn Rovers while Pep Guardiola’s Manchester City are away from home for the third tie in a row, this time against Huddersfield Town.

Premier League champions Leicester will travel to Millwall should they overcome Derby County in a replay at the King Power Stadium.

There are no all-Premier League ties in the fifth round. Having survived a scare at home to Wycombe Wanderers in round four, Tottenham will be on the road when they take on Championship outfit Fulham in a London derby while Oxford United, who beat Newcastle 3-0 in the fourth round, travel to Middlesbrough.

Paul Lambert’s Wolves face a Premier League team for the third successive round as they entertain Chelsea at Molineux after beating Stoke and Liverpool.