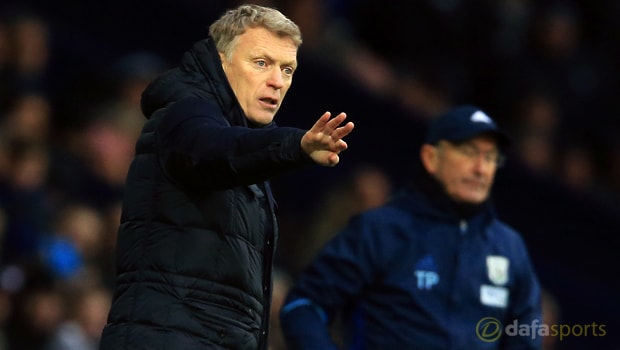 Sunderland manager David Moyes believes his team are “not a million miles away” from safety despite losing to West Brom on Sunday.

A 2-0 defeat at the Hawthorns saw Moyes’ men drop to the bottom of the table once again, with Swansea moving out of the bottom three following their win over Liverpool.

The Black Cats have not won a game since December 17 and goals from Darren Fletcher and Chris Brunt piled more misery on Sunderland.

It was Sunderland who were booed off at both half-time and full-time but Moyes insists his team can respond.

The former Everton coach admits he understands their frustrations but the Scot is confident they can find their rhythm in the coming weeks.

He told the Sunderland Echo: “I totally understand. I’m a supporter myself, maybe if we had three points more we might be where people would expect us to be.

“We are not that far away. Sunderland fans have been in this position before – they have seen the team further away [from safety] before.

“If any fans know about this situation it is our supporters in recent years.We are not a million miles away from being in a better place.

Had we won we’d have been out of the bottom three. “I think the disappointing this is the fact our performances in the last couple of matches have not been as good as we’d like.”

Moyes will be hoping his side can respond in their next league game against Tottenham on January 31 and they are priced at 8.00 to win, with the draw 4.75, while Spurs are 1.36 favourites.