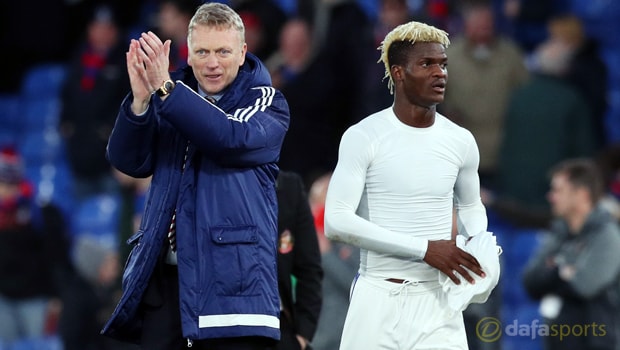 Sunderland boss David Moyes is positive his side can survive in the Premier League this season following their 4-0 victory at Crystal Palace on Saturday.

Goals from Lamine Kone, Didier N’Dong and a brace from Jermain Defoe were enough to hand the Black Cats their biggest away win in the top flight since they beat Bradford in 1999.

The Wearsiders are now just two points adrift of safety, although they remain bottom of the division on goal difference, and Moyes is convinced his side can survive in the top-flight.

“I am positive that we have a really good chance,” Moyes told his post-match news conference.

“We are in fighting with a few teams.” The former Everton boss believes there will be a lot of ups and downs between now and the end of the season, particularly as only two points separates the bottom six sides in the standings.

He added: “I have been in football long enough to know that you just don’t know what happens in the run-in, who you can pull into it and where your points come from.”

Sunderland will be looking to build on their first victory of 2017 when play host to Southampton, who have lost six of their last seven league games, next Saturday.