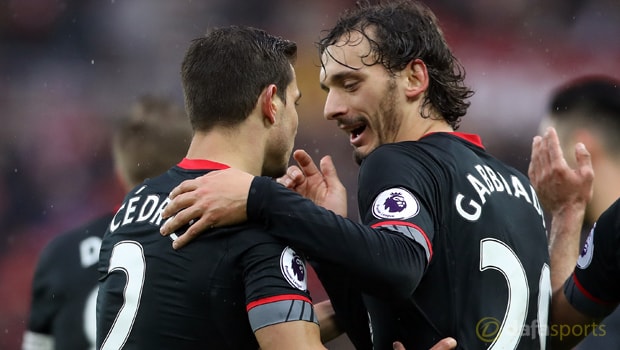 Steven Davis admits he has been encouraged by the ease in which Manolo Gabbiadini has settled into life at Southampton.

The Italian joined on transfer deadline day from Napoli and has made a flying start, netting three times in his first two outings to give the Saints an extra edge in attack.

With Charlie Austin out injured and Jay Rodriguez and Shane Long both struggling for form, Gabbiadini appears to have arrived at exactly the right time for Claude Puel’s men.

Having already been knocked out of the FA Cup, Southampton have the weekend off but will be busy preparing for their next game, the EFL Cup final against Manchester United on February 26.

Gabbiadini’s presence can only help the Hampshire club’s chances and Davis admits he has been impressed by the prowess he has shown in his early days at St Mary’s.

The Northern Irishman believes the 25-year-old is only going to get better and also thinks the added competition he has provided will prove to be a positive.

Davis told the club’s official website: “He’s got a lot of quality. His movement is really good and he offers us a good attacking outlet and gives us good competition for places, with Longy coming on and scoring and Jay-Rod as well.

“Every goalscorer thrives off scoring goals and it’s nice to see both of them on the scoresheet again.

There is good competition for places up there, we are well-stocked in that area.”