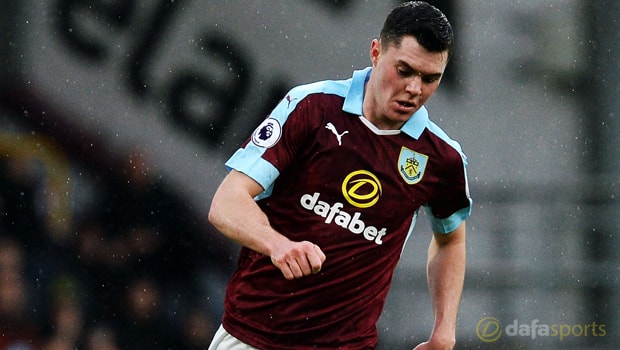 The 24-year-old centre-back has impressed this season and is on a list of players Koeman has as potential recruits to Goodison Park.

Keane, who was part of Manchester United’s youth set-up earlier in his career, gained a first call-up to the England senior squad in October.

Koeman told a press conference he is on the list with a number of other defenders, but admits Everton will not be alone in their desire to recruit the player.

“Yes, he is one of that list, like some more defenders. But I heard he is on more lists, in different teams,” the Dutchman said.

Burnley face Leicester at Turf Moor on Tuesday evening while Everton are in action at Stoke on Wednesday.

The Premier League’s transfer window will close at midnight on Tuesday. Koeman’s preferred partnership in central defence since taking over at Everton in the summer has seen 34-year-old Phil Jagielka paired with new arrival from Swansea Ashley Williams, 32.

The Toffees boss also has promising Argentine Ramiro Funes Mori on his books, with the 25-year-old having started 11 times in the league so far.

Funes Mori and Keane could be seen as the long-term future of the Merseyside club’s defence should Koeman get his man.

One player seemingly not bound for Goodison Park is Manchester United winger Ashley Young after Koeman firmly stated the 31-year-old was “not on the list.”