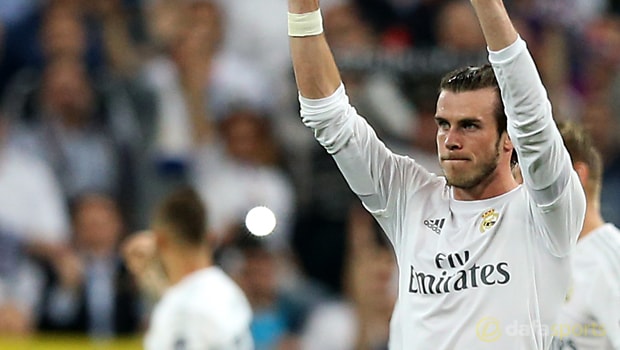 Real Madrid forward Gareth Bale has taken further steps towards getting back into action after returning to training with the first team on Sunday.

Los Blancos, who are priced at 5.50 to win the Champions League, claimed a 3-1 victory away to Osasuna on Saturday to reclaim their spot at the top of La Liga following Barcelona’s triumph earlier in the day.

However, Zinedine Zidane had the squad back in training on Sunday as they prepare for Wednesday’s Champions League last-16 first-leg tie with Napoli at the Santiago Bernabeu.

Bale, who has been out of action since November after having surgery to repair ankle tendon damage, worked with the rest of his team mates on Sunday and confirmed the news via Twitter.

“First day back on the training pitch with the boys.” he posted. “Can’t wait to be back in action now.” Zidane recently revealed that Bale should be available again within a month and his latest step on the road to recovery suggests he may not too far away.

The Frenchman refused to put a date on his return but Wales are hopeful he will be fit for their World Cup qualifier with Republic of Ireland on March 24.

The Real boss was pleased to see one of his stars nearing a return and believes he could potentially be in the squad for the return leg against Napoli on March 7.

Zidane said: “He’s fine. He’s working very well and looks determined. “I hope that Bale is back with us before the return leg against Napoli.”