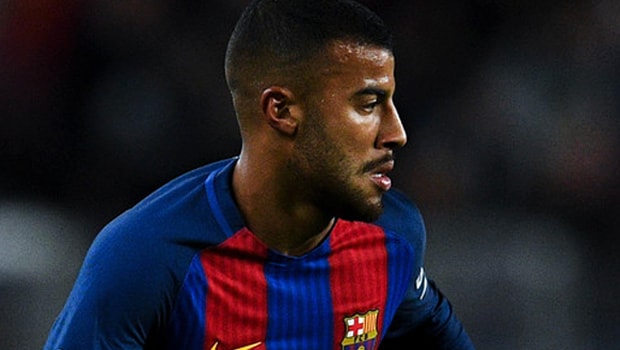 The Brazilian sustained a broken nose in a clash with Barca keeper Marc-Andre ter Stegen during the win over Athletic Bilbao at the weekend and as such is unlikely to be involved against Atleti.

“The Club’s Medical Services have carried out tests and confirmed that the first team player Rafinha Alcantara has a fractured nose and his return will depend on how his injury heals,” Barcelona confirmed via their club website.

“The Brazilian sustained the injury against Athletic Club at the Camp Nou in the Liga fixture which ended with a 3-0 Barca victory thanks to goals from Paco Alcacer, Leo Messi and Aleix Vidal.”

The Catalan giants hold a 2-1 lead going into the second leg thanks to a victory at the Vicente Calderon in the first-leg.

Coach Luis Enrique will also be without suspended forward Neymar but midfielders Andres Iniesta and Sergio Busquets are in line to make returns after respective injuries.

There are concerns over defender Gerard Pique after he was forced off in the win over Bilbao with a muscle problem, although he did take part in training on Monday. Barcelona are 7.50 to secure another 2-1 success or 2.80 to win to nil.