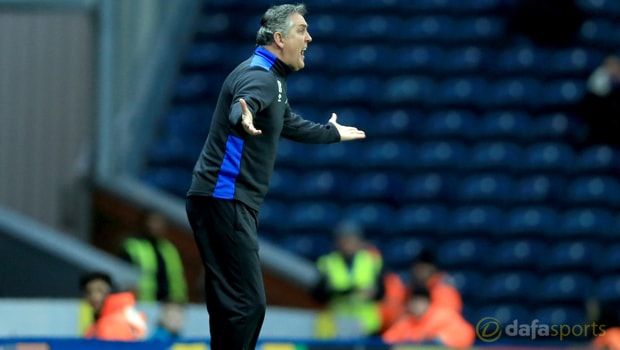 Blackburn Rovers coach Owen Coyle was quick to praise his team’s response as they came back from behind to earn a draw with Birmingham City on Saturday.

Rovers dropped to second-bottom in the Championship table following the draw but Coyle was determined to stay positive at the full-time whistle.

Blackburn goalkeeper Jason Steele gave a penalty away in the third minute, with Lukas Jutkiewicz coverting.

Former Sunderland man Danny Graham then levelled matters with his 11th goal of the season and the Lancashire outfit are now in the bottom three by way of goal difference.

While Coyle admits his side let themselves down early on, he was quick to praise his troops for their response.

He told the Lancashire Telegraph: “The fight in this team is never up for debate, and something we pride ourselves on.

They showed that again. We gave the opposition another gift of a start, but shown a lot of good qualities after that.

“When you concede an early goal I obviously understand the frustrations of the fans.

We got the equaliser on the stroke of half-time with such a wonderful team goal, an exquisite finish, which was no more than we deserved at that point.

“We looked on to try and push on to win the game, and had the chances to do it, but Jason also made a good save from Shotton late on.”

Blackburn will get the chance to respond next month when they play their next league game as they welcome Leeds United to Ewood Park.