Mauricio Pochettino revels in ‘magic’ of the FA Cup 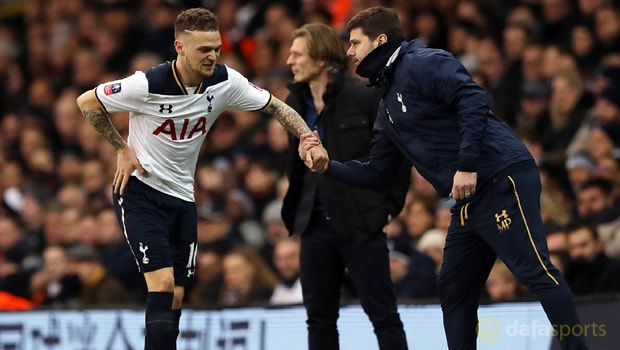 Having watched his team somehow scrape past Wycombe Wanderers at White Hart Lane, Mauricio Pochettino said the game illustrated everything that makes the FA Cup special.

Spurs had to come back from 2-0 at the break after skipper Paul Hayes had left the League Two outfit dreaming of a famous cup upset.

It looked as though the home side would assume control when Son Heung-Min and Vincent Janssen scored not long after the hour mark.

Sensationally, Garry Thompson headed the visitors in front again with seven minutes while Tottenham finished with ten men as Kieran Trippier limped off after Pochettino had made his three changes.

Dele Alli levelled on 89 minutes before Min scored a dramatic winner more than seven minutes into time added on.

Pochettino described Wycombe’s players as heroes and said his team had certainly not been guilty of underestimating them.

“That is the FA Cup. Every time we play in it, anything can happen,” said Pochettino.

“Wycombe played very, very well in the first half. In the second half we increased our level and pushed a bit and I think we played better than them but in football you need some luck and with the last chance we scored and won.

“Full credit to Wycombe they played very well. Congratulations to them because they were heroes.”

Tottenham are eyeing up a tilt at the Premier League title as they chase Chelsea but their manager says they’ll do everything in their power to lift the FA Cup, a competition the Argentine clearly has a strong regard for.

“This is the beauty of the FA Cup. It’s magic. This is completely different to Spain or France.

It is the oldest competition in the world and the teams and people try to win to lift the trophy. It is always special,” he added.

“We will try to win the three competitions. It is tough because you need all the squad.” Spurs are 6.50 to win the FA Cup this season.