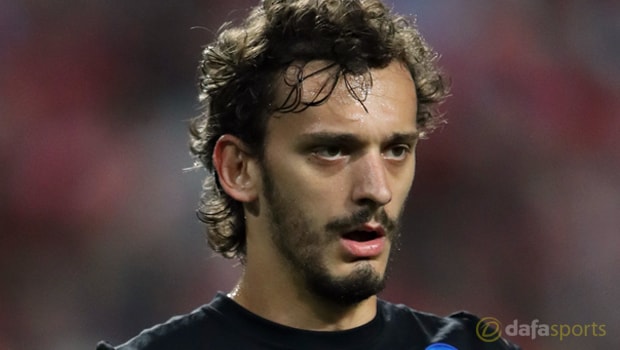 Southampton new boy Manolo Gabbiadini says he is ready to hit the ground running at St Mary’s after hearing good things about the club from Graziano Pelle.

After weeks of being linked to the club, the 25-year-old finally joined the Saints on transfer deadline day after he struggled for minutes under Maurizio Sarri over the last 18 months at Napoli.

Gabbiadini is likely to go straight into the squad to face West Ham on Saturday, a game his new side are 1.80 to win, win the draw 3.50 and the Hammers 4.33.

With places in the squad for the EFL Cup final against Manchester United up for grabs, the Italy international will be desperate to make an immediate impact.

Southampton are 2.80 to win the competition while United are the 1.40 favourites.

The striker has revealed he spoke to international team-mate and former Saints man Pelle about the club ahead of his switch.

Gabbiadini says the Shandong Luneng man had nothing but good things to say and is delighted to have to have sealed a move to Hampshire.

He told the club’s official website: “The great determination that Southampton had to purchase me from day one, and all the things that Graziano Pelle, who was my former team-mate in the national team, told me about Southampton.

“I spoke a lot of times with him in the national team and he suggested to me that it was a place to absolutely come and he’s happy for me now that I have made this decision.”