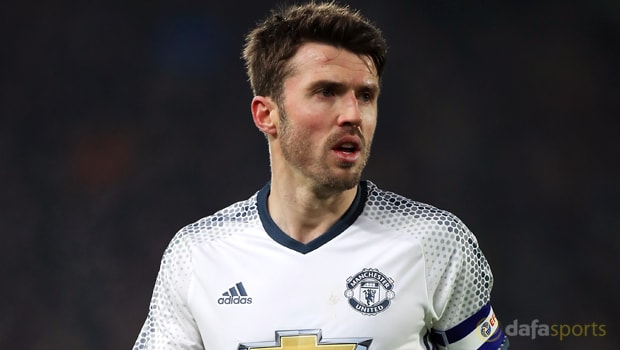 Manchester United boss Jose Mourinho has hinted veteran midfielder Michael Carrick could leave the club at the end of the season.

The England international has made over 400 competitive appearances for the Red Devils since joining the club from Tottenham in the summer of 2006 and he is yet to feature on the losing in side in any of his 11 Premier League outings this term.

The former West Ham youngster, who has won 15 major titles during his time at Old Trafford, is out of contract at the end of the season and despite his impressive performances of late, Mourinho admits he could allow the 35-year-old to leave upon the expiration of his contract.

“Let’s be honest. I have seen many positives in Carrick,” Mourinho told the Daily Mirror.

“But I cannot go to his identity card and delete five years. Michael is not 30.”

Carrick, who started the midweek goalless draw with Hull, will be hoping to maintain his place in the starting line-up for Sunday’s trip to the King Power Stadium to take on reigning champions Leicester.

United are unbeaten in their last five meetings with the Foxes, winning both games between the two sides this season, including a 4-1 success at Old Trafford in September.

The Manchester giants are priced at 1.67 to secure another victory in the fixture on Sunday, while Claudio Ranieri’s men, who will head into the match just a point outside the relegation zone, are available at 5.50 and the draw is on offer at 3.75.