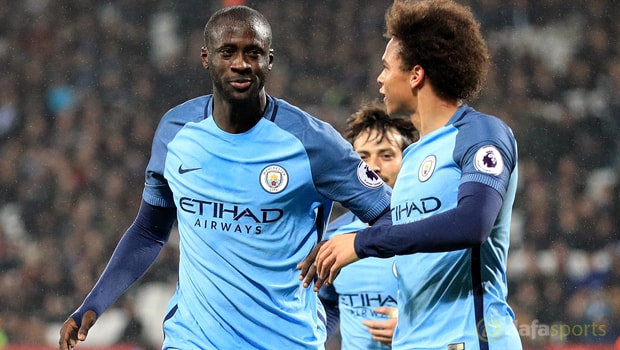 Yaya Toure insists Manchester City must stay focused on winning games and see if they can trim Chelsea’s lead in the Premier League.

The Citizens are 10 points adrift of Antonio Conte’s Blues, with many seeing Chelsea’s weekend win over Arsenal as a decisive blow in the title race.

Man City, meanwhile, required a last-gasp winner from teenager Gabriel Jesus to edge past relegation-threatened Swansea at the Etihad Stadium on Sunday just to keep pace with Chelsea.

Toure admits that winning the league now will be tough but he has tasked City with looking after their own business and seeing if they can get closer to Chelsea and set up an exciting climax to the season.

“If we continue to win, I think it’ll be a very, very exciting end to the season,” he told the Manchester City website. “We are 10 points behind Chelsea.

The Premier League is very, very tough and all we have to do is just focus on ourselves and keep going.” Toure also had praise for Sunday’s match-winner Jesus.

The Brazilian has caught the imagination since arriving from Palmeiras last month, scoring four goals in three appearances and displacing Sergio Aguero from the starting side.

According to Toure, it is important that City remain patient with what is clearly a talented youngster.

He added: “What we want to do is just continue to keep going and, at the end of the season, we can talk about him. We need to have young players because City are always a team who wants to win the league.

The mentality of the club is to try to get new players in and try to do as best as possible.”

Manchester City are 13.00 to win the Premier League this season, while Chelsea are 1.11.