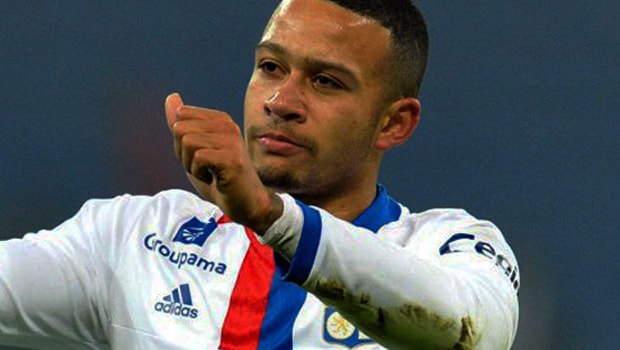 Lyon boss Bruno Genesio admits he has been delighted with the way Memphis Depay has integrated into his squad following his recent arrival from Manchester United.

The Netherlands international completed his move to Parc Olympique Lyonnais last week after finding first-team opportunities hard to come by under Jose Mourinho’s management at United.

The 22-year-old made his debut for Les Gones during their impressive 3-1 victory over Marseille in Ligue 1 on Sunday, coming on as a substitute for Mathieu Valbuena with 11 minutes remaining.

Depay has certainly caught the eye of Genesio since his arrival in France, with the 50-year-old coach revealing his delight at how the winger has integrated into his squad.

“He showed that he could integrate into the game philosophy,” Genesio told OLTV.

“I’ve already seen a technical relationship with the other players and I liked his defensive work.”

Genesio admits the youngster is not yet fully match fit after starting just one match for United during the first-half of the season, but the coach is convinced his new recruit will prove to be an asset to Lyon in the months to come.

“He lacks the rhythm of matches but he is physically well” Genesio added. “He has so much desire. This is an additional asset and variety for our team.”

Depay will be hoping to earn his first start for his new employers when they play host to Lille in Ligue 1 on Saturday.