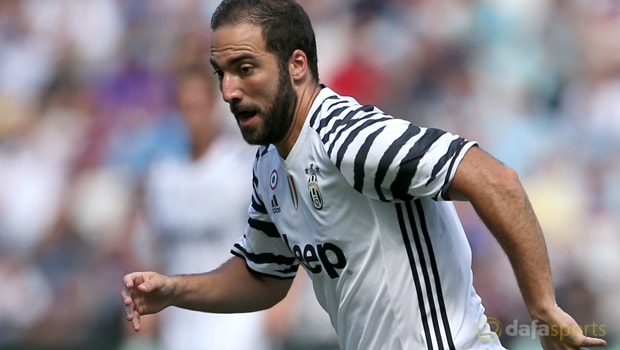 Gonzalo Higuain believes beating Inter Milan on Sunday will see Juventus take a major step towards the Serie A title.

The Bianconeri currently sit four points clear of Roma with a game in hand and look on course for a record sixth straight Scudetto.

Understandably they are the clear 1.15 favourites to finish top of the standings but have a number of hurdles to jump before the summer, starting with Inter on Sunday.

The Nerazzurri won 2-1 when the sides met in October, one of their few strong performances under former boss Frank de Boer.

However, they have undergone some serious changes since Stefano Pioli was appointed in November and currently find themselves sat fourth in the table, having won eight of their last nine in Serie A.

Their form led Juve captain Gianluigi Buffon to say Inter were currently better than both Real Madrid and Barcelona and Higuain has been similarly impressed.

The Argentine forward admits his side face a huge test on Sunday and believes a victory will see them take a significant step towards another domestic title.

“Buffon was right when he praised Inter, they are up there with Real Madrid on current form,” Higuain told reporters.

“But if we beat them on Sunday, we will take a major step toward winning the Scudetto. “It will be a tough game, though. It is important to go out there with the right attitude.

“Inter have a great history and have won a lot of titles. They deserve respect.”