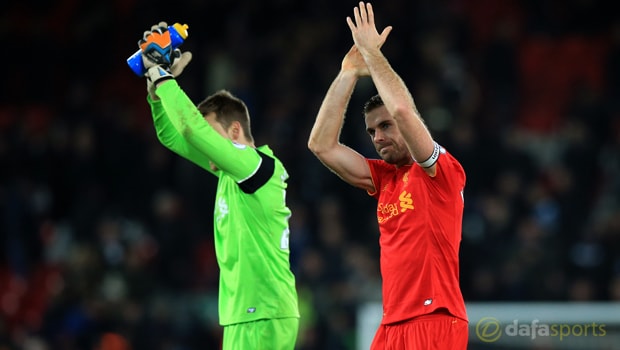 Liverpool captain Jordan Henderson is adamant the players let the club and Jurgen Klopp down before the win over Tottenham Hotspur.

Four straight wins in the Premier League around Christmas had moved the Reds into title contention before they endured a miserable start to the calendar year.

They were taken to a replay in the FA Cup by Plymouth Argyle while Southampton knocked them out of the EFL Cup.

League defeats to Swansea and Hull also saw them fall away in the title race and Wolves eventually ended their FA Cup dreams.

The Reds responded last weekend when they beat Tottenham at Anfield, with Sadio Mane grabbing a brace.

Henderson admits the players held clear-the-air talks at the training ground and now wants the side to kick on.

He told reporters: “As players we take the responsibility as we feel as though we have let ourselves down, the manager down and the fans down.

“Putting in that performance [against Spurs] doesn’t make up for it, but it is a start and a step in the right direction. Now we have to build on that and keep going.

“You have to stick together. It was a tough time because we knew we hadn’t won for so long and performance levels were not up to standard, but you have to stay together and keep believing, and I felt we did that.

“We have fantastic quality in the team, great mentality and great character, but it is no good me saying that – it is up to us to show that from now until the end of the season.”