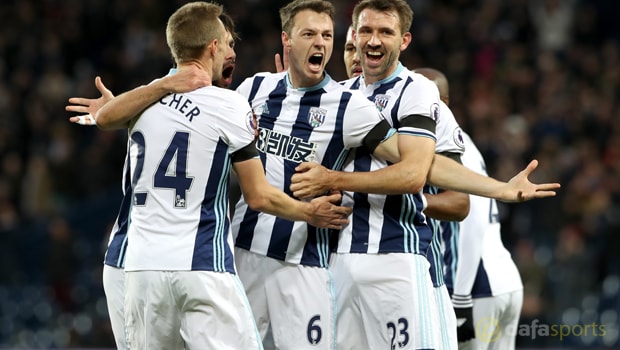 West Brom defender Gareth McAuley insists Jonny Evans will be able to reclaim his spot in the heart of the backline when he eventually recovers from injury.

The former Manchester United man has been sidelined since picking up a calf injury in the 3-1 victory over Hull a month ago.

West Brom have continued their strong form in his absence, with four wins from their last six league games and just one goal conceded in their last three outings.

Craig Dawson has been deputising for Evans during his period on the treatment table.

It was suggested the Northern Ireland international could struggle to reclaim his spot when he returns to the squad, but McAuley feels he will go straight back into the mix for the Hawthorns outfit.

McAuley said: “Jonny’s a smashing player, we miss him when he’s not in the team. His injury has taken a bit longer than he would have liked.

“Hopefully we’ll get him back soon.” Evans is nearing a return to first-team action and it is expected he will be available for the trip to face West Ham on Saturday.

The 29-year-old will be assessed by the club’s medical team and he will need to prove his fitness before getting the nod from boss Tony Pulis.

West Brom can be backed at 3.40 to win on their travels at the weekend while West Ham are priced at 2.20 to claim all three points. The draw is available at 3.30.