Joey Barton eager to focus on future with Burnley 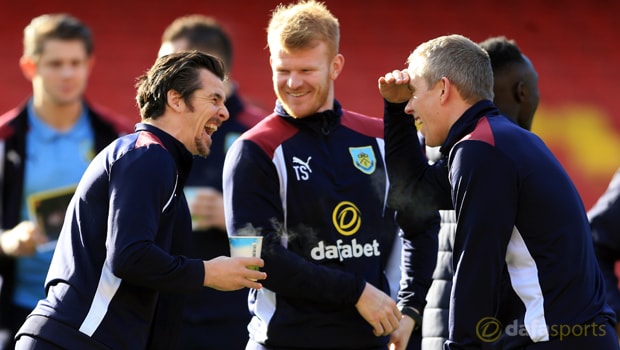 Joey Barton insists he is focused on moving forward with Burney and has no regrets regarding his ill-fated spell with Rangers.

The 34-year-old left Burnley last summer after winning the Championship, turning his back on a return to the Premier League as he insisted he wanted a new challenge with Rangers in Scotland.

The midfielder lasted just eight games in Glasgow before he was frozen out following an alleged row with boss Mark Warburton and team-mate Andy Halliday.

Rangers would later cancel his contract and Barton re-joined Burnley when the January transfer window opened.

Sean Dyche’s side are enjoying their best season in the top flight to date and have a strong chance of retaining their Premier League status for the first time in the club’s history.

Barton is looking forward to facing leaders Chelsea this weekend at Turf Moor and says he doesn’t want to go into the finer details of what went wrong in Glasgow.

“I’ve got an enormous amount of respect for Rangers as a football club, the fans, the tradition – everything that it stands for,” he told TalkSport.

“I’m focused on Burnley. I’ve got N’Golo Kante and Chelsea on Sunday afternoon. I’ve got to use every bit of energy I’ve got trying to turn in a performance against arguably the best player in the league.

“I can’t focus on what’s going on in Scotland – that’s not my bag any more.” Asked if he had any regrets about his Ibrox switch, he said: “I don’t, really.