Georginio Wijnaldum: ‘We have to learn’ 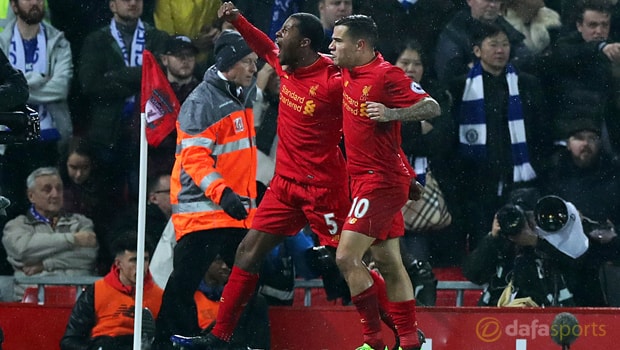 Liverpool’s Georginio Wijnaldum insists they must beat Hull City on Saturday to show they have learned from their January blues.

The Reds face second-from-bottom Hull at the KCOM Stadium this weekend on the back of an encouraging home draw with league leaders Chelsea.

The 1-1 draw with Antonio Conte’s men was Liverpool’s best effort since they beat Manchester City at Anfield on New Year’s Eve.

They have since managed to win just one of the nine games they played during a torrid January.

That sequence began with Liverpool twice allowing the lead to slip from their grasp in a 2-2 draw against another struggling side in Sunderland.

Dutch midfielder Wijnaldum, who scored Liverpool’s leveller against Chelsea, says they must back up that performance by winning against Hull.

“The last time we performed like this was against Manchester City: We played with aggression and passion and that is a good thing to go forward but we must ensure we do it in every game,” said the Netherlands international.

“That’s the most important thing. If you do it one game and then not the next it will cost you points.

“We saw in January that if you are not sharp, if you don’t play how we used to play, it will cost us points.”

Liverpool’s lacklustre January means they ended the month ten points behind Chelsea, having begun 2017 with a just a six-point gap to plug to Conte’s pacesetters.

Wijnaldum says they “can’t control” what the teams above them are doing and that Liverpool simply must focus on taking care of their own results.

“We can control our own performance and at the end we will see where we will finish,” he added.

“It is not a good thing to look at other teams because I think there is enough to do and it is about keep performing like this.” Liverpool are 1.44 to win at Hull on Saturday.

The Tigers are 7.50 while the home side are 4.50 to secure a draw on the back of their stalemate against Manchester United at Old Trafford.