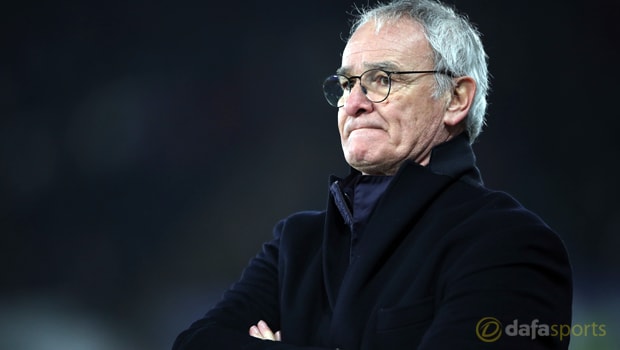 Claudio Ranieri has received the backing of the Leicester City board but the rumours he could be axed refuse to die down.

Last season Ranieri guided the Foxes to Premier League title success but that seems a distant memory as the champions face the very real prospect of dropping down to the Championship.

However, Ranieri is convinced he can guide Leicester to safety and pointed out his record of avoiding relegation with clubs in his native Italy.

“If you look at my career I have been in relegation battles often before,” he said, as reported by the Leicester Mercury.

“When I was in Cagliari in Serie A we were down at the bottom. We were saved at the end. It is similar.

“When I went back to Italy after Chelsea and Valencia, in this period I went to Parma and they were at the bottom.

We saved them one day before the end. My career is up and down. I have positive memories.”

Leicester are just one point and one place above the Premier League’s bottom three but there is some respite for Ranieri and his squad this weekend as they turn their attentions to an FA Cup fifth round tie at League One Millwall on Saturday.