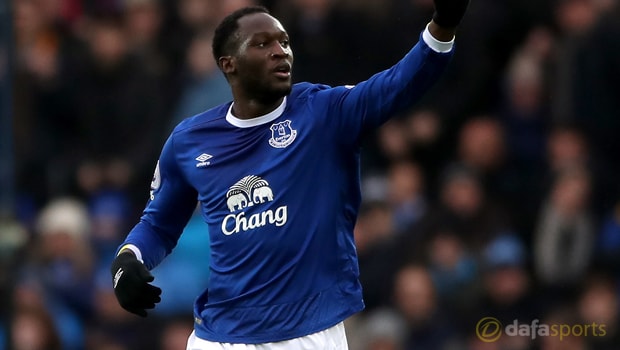 Everton have confirmed that striker Romelu Lukaku has not travelled with the squad to Dubai for warm-weather training due to a calf problem.

The 23-year-old will return to Belgium later this week to have treatment on the injury, although the club insist it is not a serious issue.

He and winger Yannick Bolasie, who is recovering from a long-term knee injury, were the only senior members not to travel as the Blues go on a mid-season break.

Lukaku played in the 0-0 draw against Middlesbrough on Saturday and he managed to last the full 90 minutes.

The Belgium international missed a great chance to score but he showed no signs of discomfort while on the pitch.

Confirming the injury, a club statement read: “Romelu Lukaku has been unable to travel to Everton’s training camp in Dubai because of a calf problem which will require treatment.

“The 23-year-old striker will visit a doctor in Belgium this week, though the problem is not serious and he will be fit for the Blues’ Premier League game against Sunderland on Saturday 25 February.”

Ronald Koeman has taken his side away for training abroad due to the fact his side have no game in the FA Cup fifth round this weekend.

They were knocked out by Leicester City in the fourth round and the squad are hoping it will give them the perfect preparation to take on Sunderland.

The Toffees are 1.40 favourites to win the clash, with the draw 4.75, while Sunderland are priced at 7.50 with Dafabet.