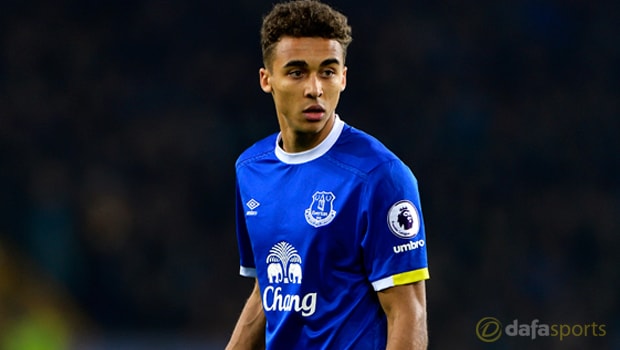 Everton youngster Dominic Calvert-Lewin hopes to force his way back into the first-team picture following his injury blow.

The forward, a summer signing from Sheffield United, suffered an ankle injury on his first Premier League start for the Goodison Park side against Southampton earlier this month.

Calvert-Lewin, who has also managed three outings as a substitute, faces up to eight weeks on the sidelines, according to manager Ronald Koeman.

The 19-year-old admits his goals for the remainder of the campaign have now changed, but the England youth international is confident he can force his way back into contention before the season comes to a close.

“The goalposts have changed a little bit from what they might have been,” he told the club’s official website when asked about his hopes for the rest of the season.

“I have to focus on getting back fit and restoring my match fitness. “The aim is to get back on the training pitch and see how I kick on from there.

My goal is to get back into the first team before the end of the season.

It’s got to be that really.” Everton don’t have a game this weekend as they were knocked out of the FA Cup by Leicester City in the third round.

The Merseyside outfit’s next assignment is a trip to Stoke on Wednesday, February 1 and they are 2.50 to secure all three points. Everton are currently seventh in the table and are 81.00 to secure a top-four finish this season.