Eric Dier not giving up on title dream 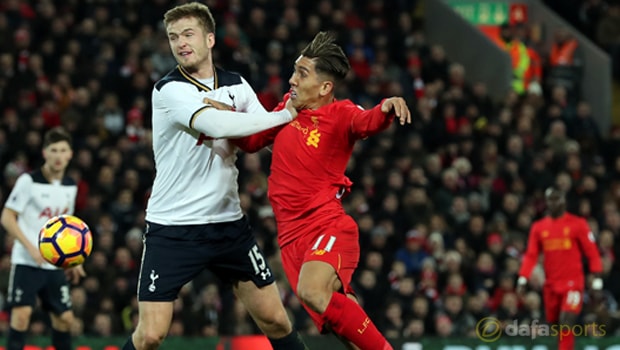 Eric Dier says Tottenham have not given up hope of winning the Premier League title despite their 10-point deficit to Chelsea.

Spurs went down 2-0 at Liverpool on Saturday to lose further ground on the Blues and then dropped down to third courtesy of Manchester City’s victory at Bournemouth.

With 13 games to go, Mauricio Pochettino’s side look to be running out of opportunities and may be tempted to focus their energies elsewhere.

Thursday sees them travel to Belgium to take on Gent in the Europa League, a match they are 1.83 to win, with the draw 3.60 and their hosts 4.50.

Then on Sunday they travel to Championship side Fulham in the FA Cup, a competition they are 7.00 to win for the first time since 1991.

Despite Spurs’ other opportunities for silverware, the Premier League remains their bread and butter, with a top-four finish vital if they are to attract fresh talent in a bid to mount another title challenge next season.

Dier is by no means writing off the current campaign, insisting stranger things have happened than his side closing the gap on the seemingly imperious Chelsea.

The England star says they will continue to push until the end of the season although he concedes the odds are stacked against them.

“You never know in the Premier League, obviously Chelsea are doing very well and are in a good position, but you can never say never,” Dier said.

“We’ve always maintained we’re going to give everything in the competition, so you never know what can happen. It will be a very tough task.”