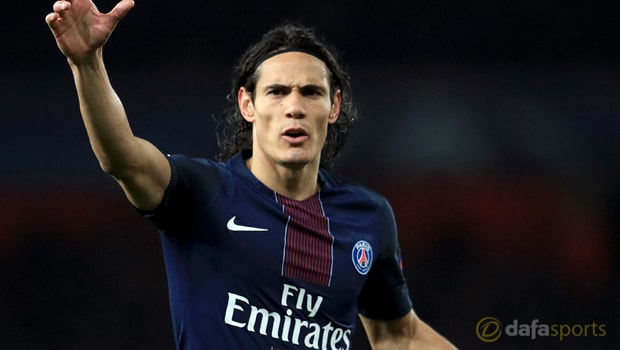 Paris Saint-Germain striker Edinson Cavani is confident his side can get a positive result when they take on Barcelona in the Champions League on Tuesday night.

Unai Emery’s side come into the game sitting second in the Ligue 1 table, just three points behind rivals Monaco.

They are unbeaten in their last 12 matches but Barcelona have enjoyed the upper hand when they have met in Europe in recent years.

PSG have been knocked out twice in the competition by Barcelona in the last four years and the Spanish giants extended their unbeaten streak to 11 games in all competitions last weekend.

They come into the tie on the back of a 6-0 win over Alaves but Cavani is confident his side can get a positive result on home soil.

He told reporters: “We all want to win. It is a game of football and everything is possible. We are convinced that we can get a result.

We definitely have a chance against Barcelona. “PSG have plenty of experience in the Champions League, which is important. We have to fight to progress.

“We are a very strong team at the moment that is getting closer to reaching its objectives. A win in the first leg would move us one step closer to our goal. We would like to reach the final.”