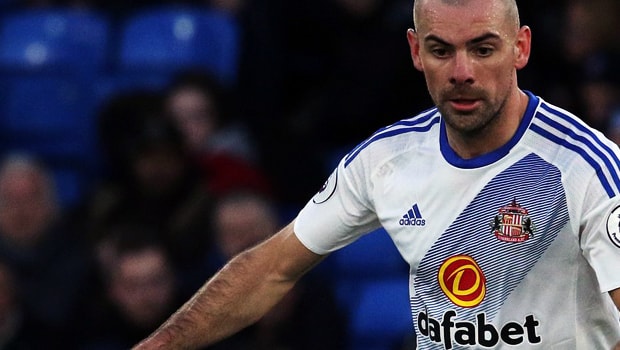 Darren Gibson admits that Sunderland just weren’t good enough in Saturday’s loss to Southampton but believes there were some positives to take from the clash.

The north east outfit were eager to build on a solid performance the week prior when they beat Crystal Palace 4-0 to boost their survival chances.

However, Southampton rediscovered their league form at the Stadium of Light to run out comfortable 4-0 winners.

Sunderland, who are priced at 1.25 to be relegated, were arguably the better team for the opening 25 minutes until Manolo Gabbiadini netted twice before half time.

Jason Denayer put into his own net late in the game and Shane Long scored in stoppage time to round off a disappointing afternoon for the hosts.

David Moyes’ side still remain in a very competitive relegation battle and are bottom of the Premier League, two points from safety.

Gibson, who was making his first start since signing in January from Everton, admitted the majority of the performance was not good enough, although he feels they made a strong start to proceedings.

“It was disappointing,” Gibson said. “I thought we started well in the in the game though. First 25 minutes we were on top, and then obviously they scored and it changed the game really.

“It put us on the back foot a bit and I think we dropped too deep. “We can take some positives out of the first 25 minutes but we weren’t good enough.”