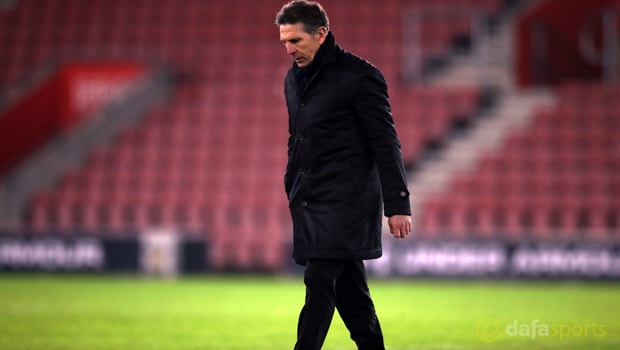 Southampton manager Claude Puel felt his side had been given a lesson by Arsenal as they suffered a five-goal FA Cup thrashing at St Mary’s.

The Saints were still on something of a high after securing a place in the EFL Cup final next month courtesy of a 1-0 win over Liverpool at Anfield on Wednesday night.

Puel elected to make ten changes from the team that won on Merseyside, with only defender Jack Stephens keeping his place in the starting line-up.

It was a decision that would backfire spectacularly, the home side were disjointed as Arsenal exposed them time and again, Danny Welbeck netting a brace while former Southampton man Theo Walcott helped himself to a hat-trick.

Puel said he would accept the blame for the heavy loss but felt he had little choice when it came to shuffling his pack.

“I am responsible for the defeat. If I had to do other team at the start I would make the same because it is a difficult moment for us with all these games. We had nine players not available and I had to protect some players,” said Puel.

“It is not possible to play every three days with the same players and with some players with injuries.” While accepting the responsibility for what happened, Puel stressed that those players that did start the game must learn from it.

“It was a good lesson, they are a great team. We started the game without good experience and were nervous,” he added. Southampton are 2.80 to win the EFL Cup while opponents Manchester United are 1.40.