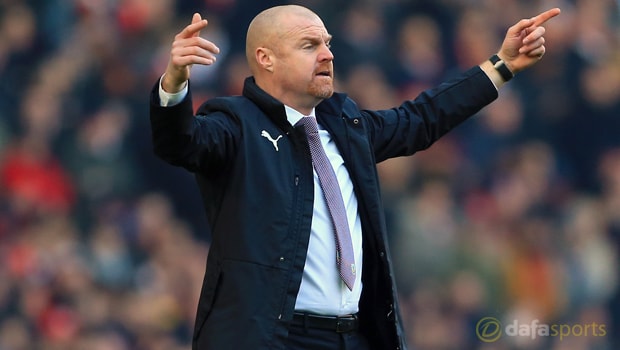 Burnley boss Sean Dyche was left frustrated by the officials following his side’s 2-1 defeat to Arsenal in the Premier League on Sunday.

The Clarets thought they had earned a rare point on the road when Andre Gray scored a penalty in stoppage time to make it 1-1, but there was still time for a sting in the tail, as Alexis Sanchez scored a winner from the spot for the hosts, after Laurent Koscielny had been fouled by Ben Mee in the area.

Koscielny appeared to be in an offside position before he was fouled and Dyche was clearly frustrated after the game, revealing he does not believe big decisions go in his side’s favour.

“It’s sad that big decisions again don’t go our way,” Burnley manager Dyche told Sky Sports. “We have been unfortunate against this side twice.

At home we know what happened in the dying seconds with a ridiculous moment and it’s happened again with an offside.

“Our team are doing their job, clearing their line like they should so we get out of the box, and he’s offside.

Forget about the penalty, if he’s offside it’s offside. It’s very disappointing after a spirited performance.”

Despite the defeat, Dyche was pleased with his side’s spirited display, as he believes they are continuing to improve as a team.

“Nobody gave us a chance, so I was pleased with the performance,” he added. We are growing, we are not anything other than a work in progress.”

Burnley are next in action when they when they play host to Championship outfit Bristol City in the FA Cup fourth round on Saturday.